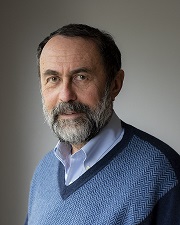 Dr. Lev Sadovnik, CEO of Holoptic, has over 25 years of experience in founding, leading, and growing high tech companies. Prior to joining Holoptic in 2021, he was a co-founder of WaveBand Corporation, where he led the development of the innovative optically inspired millimeter wave antennas that were later implemented in avionics radars and installed in aircrafts. WaveBand was later acquired by a large military electronics supplier, Sierra Nevada Corporation, where Dr. Sadovnik served as VP Technology for one of its Business Areas. Dr. Sadovnik has extensive experience working with government agencies and commercial customers, and brings a wealth of knowledge and understanding on how to develop and deliver innovative products and technologies to end users. He has his Doctorate in Optics from USC and is a co-author of over 40 patents and 70 publications. 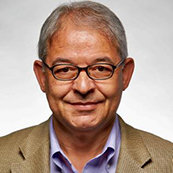 Dr. Engin Arik, Executive Chairman/Founder, has over three decades of experience in founding, leading, and profitably growing high tech companies working in the holography, nanotechnology, lighting, displays, optical sensors, fiber optics, and laser- based fluid measurement instrumentation. He has PhD and MS in Engineering from Harvard University, post-Master’s degree from von Karman Institute in Belgium, ScB in Mechanical Engineering, and AB in Economics from Brown University. He is the author and co-author of many published papers, book chapters, and patents. Dr. Arik successfully led the 2005 founding of Luminit as a spin-off of Physical Optics Corporation, completed technology licensing agreements with Hitachi Chemical and Asahi Kasei Corporations of Japan, and recently led the spin-off of Luminit Automotive Technologies (LAT), Luminit Government Services (LGS), and Holoptic from Luminit. 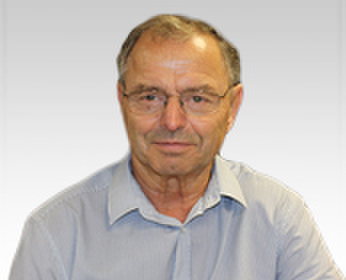 Serving as Vice President of R&D, Dr. Fedor Dimov is one of the world’s leading experts in thin film optics and holographic technologies. His long list of accomplishments includes over 20 holography-related patents, and he has co-authored numerous technical papers on the subject. Dr. Dimov was a significant contributor to the DARPA HDSS project at Stanford. He developed the technology of substrate-guided wave-based holograms and successfully implemented it for different type of near-to-eye displays, eye trackers, solar concentrators, miniature spectrometers, and gun sights. His multi-year work on SBIR projects brought to the company more than $8M in grants and contracts. Dr. Dimov’s interests include data storage and search systems, water droplet measurement, opto-mechanical inertial sensors, laser beam detection, subwavelength resolution maskless technology based on surface plasmon resonance, holographic ultra-narrow passband filters and spectrometers, holographic solar concentrators, head-mounted displays and eye trackers, and head-up displays for automotive and other industries. He holds a Master’s degree in Physics from Moscow Institute of Physics and Technology and a PhD in Applied Optics at Leningrad University of Fine Mechanics and Optics.

Miri Ben Zvi, VP of Business Development, has recently joined the Holoptic team. She has over 12 years of experience including in the fields of space, intelligence, product management, business development, and intelligence research. She served in the Israeli Air Force for 8 years as an intelligence officer and product manager, and discharged as a captain. Before joining Holoptic, she worked extensively in the field of satellite imagery for international customers and founded an e-commerce SaaS platform dedicated to making satellite imagery and AI analysis thereof accessible for commercial use. She continues her endeavors at Holoptic, where she will help create new opportunities for Holoptic technology to reach its potential in the market. She has her Masters in Business Administration from USC and BA in Business from Peres Academy center.