Designing lightweight, stylish mixed-reality glasses is not an easy task. Augmented Reality glasses or “smart glasses” need to be truly transparent and blend the digital world without interfering with the real world. Early versions of Augmented Reality glasses were often criticized for their styling and lack of respect for privacy. Canadian-based North (formerly Thalmic Labs) took a different approach with Focal by North, the first smart glasses that people would actually want to wear, but the only way to get there was to remove the bulky optics. North turned to Holoptic and our thin transparent HoloCore film to design a system that reflects images on to the user’s retina without any visually obvious components.

North needed a highly transparent, diffractive optic with lower index contrast and higher thickness recorded on transparent photopolymer film. Surface relief micro-optics are too hazy, and nano-optics are too costly to manufacture at consumer volumes. Holographic Optical Elements (HOEs), however, exhibit all the positive properties; the problem was no one had the capability to mass produce volume HOEs. To produce Focals by North, Holoptic combined its expertise in HOEs with its thin film roll-to-roll mass production capabilities and provided North with HoloCore or holograms recorded on photopolymer film that met their requirements of no added weight and images only visible to the users.

With HoloCore, the hologram is recorded on transparent photopolymer and then laminated in between two curved lenses. These thin film products mimic the properties of positive optical lenses that can collimate or even focus light sources, thus replacing convex lenses, mirrors and gratings. HoloCore eliminates prism-based optics with a see-through technology that allows the images to be viewed on axis, and users do not need to visually toggle from reality to augmented reality. HoloCore also allowed Focals by North to have a large virtual image size and uphold their strict aesthetic principles to create AR glasses that are slim, lightweight and stylish. 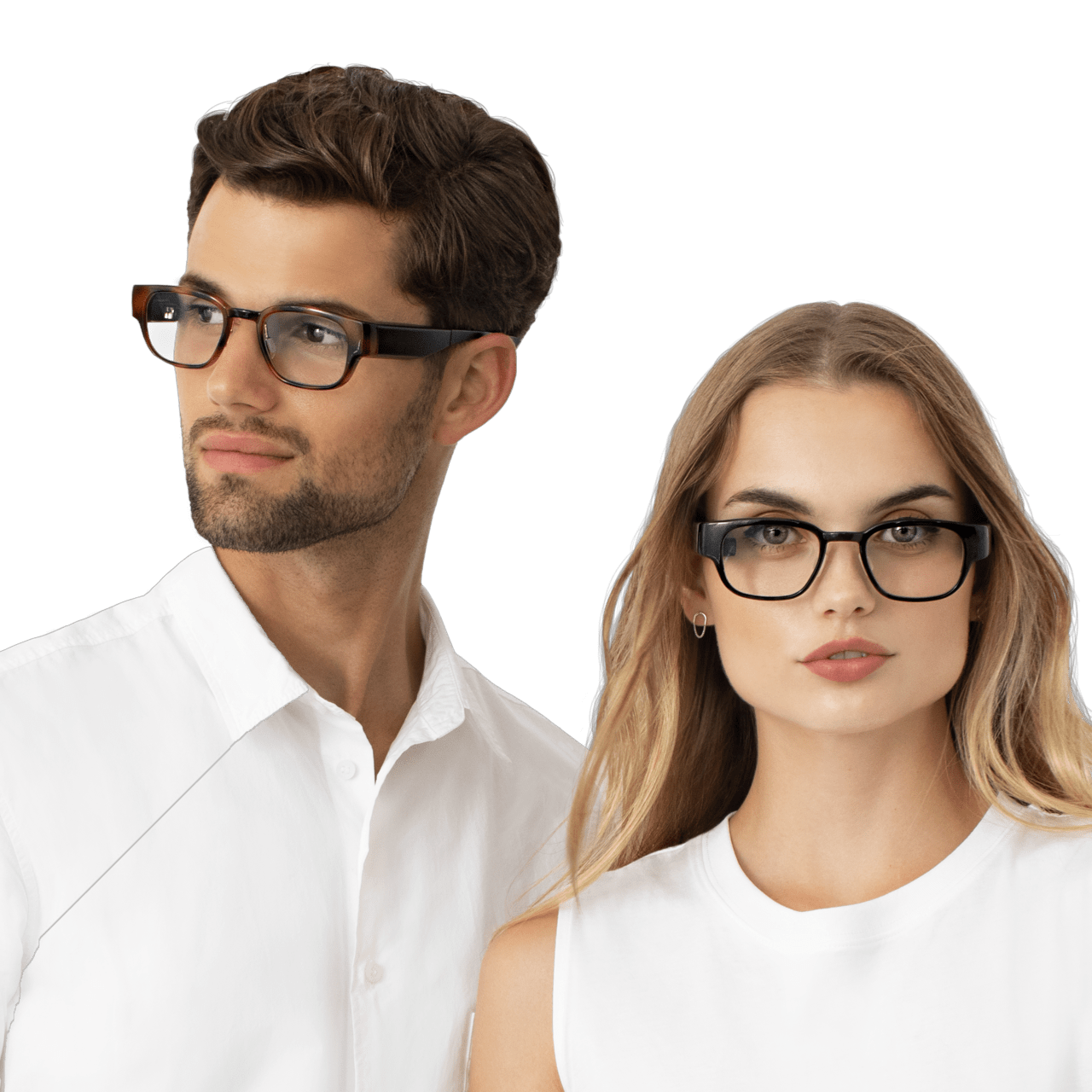